What is the Kaimai® MPR™ concept?

The concept behind the Kaimai rifle is ‘one rifle to do it all’ – or perhaps more accurately stated – about 90% of it all. Predominantly for deer hunting, with the ability to use it for shooting small game as well, using high-velocity or subsonic ammunition. A true ‘Multi-Purpose Rifle’ (MPR™).

Most deer in NZ are shot at ranges under 300 yards, and probably the vast majority of those are usually shots under 100m – especially in many areas of the North Island where bush hunting is usually the norm. While longer range shooting has become popularised in recent years and does have its’ place in certain areas, the vast majority of deer hunters in NZ find their deer at closer ranges, and it is probably fair comment to say that those hunters who are consistently successful at harvesting free-range wild deer from public land are often very competent at the art of bush-stalking. Therefore, a rifle that you as a hunter are more likely to use the most would be a lighter-weight bush stalking rifle – not too big, not too bulky, and not a magnum.

Hunting with a dog is often one of the main reasons why you might want to hunt with a suppressed rifle – to protect the hearing of your best mate and to minimise the chances of them developing gun-shyness or fear. Even if you don’t hunt with a dog, the noise that is generated when firing a high-powered rifle in amongst the bush can be extremely damaging to your own hearing as the sound-pressure waves can bounce back off nearby trees or foliage giving you an unexpected and painful surprise. Have you ever had to put a finishing shot into a downed animal at close range and had your ears ringing as a result? Yes? A good quality suppressor will eliminate or drastically reduce the risk of this from occurring.

THIS is the key feature of the Kaimai® MPR™ concept – versatility. As the saying goes: ‘Beware of the man that only owns one gun – he generally knows how to use it!’. Whether you are just in the bush for a day-hunt, and extended tramp in, or a fly-in trip, you can always manage to find space for a few extra special rounds of ammunition for the dispatch of any rabbits or possums, etc. that you may come across, and seeing as the rounds are centrefire (larger than .22 Hornet, and not a rimfire) it is totally legal to be able to shoot any small game or vermin on publicly-owned Crown (DoC) land for which you have a current/valid hunting permit. The more practice you can get shooting in the field, the better and more confident marksman you will be. This also means you can do your bit for conservation while out hunting for larger game – and the bonus is you actually get to shoot your rifle more. 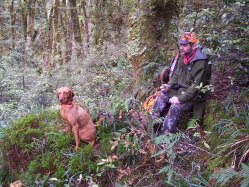 Apart from being an exceptionally accurate and reliable cartridge, and one of the most popular in the world, the availability of top quality brass – and now with new specialist projectiles for subsonic hunting – makes it the obvious choice. The required bullet clearance hole in suitable suppressors for a .30cal is still not so large that the unit loses too much effectiveness or ability to ‘suppress’, whereas this can be an issue with some larger bore sizes such as .44cal, .45cal or .50cal. With these larger bore sizes the exiting propellant gases tend to rush too easily out the front of the suppressor due to the larger clearance hole, and to compensate for this the suppressor must be made with much longer baffle-column section ahead of the muzzle in order to provide an adequate level of turbulence/resistance to the exiting gases. This simply means a much longer, heavier and bulkier suppressor is required. The old-school concepts of a large heavy bullet travelling slowly then tumbling upon hitting the target/game is pretty much redundant now with the introduction of the new technology controlled-fracture .30cal bullets, which can kill surprising well when they break-apart in a controlled manner and create multiple wound channels inside a deer, provided with correct shot placement.

As mentioned previously, the .308win is usually a pretty reliable round for feeding and extraction/ejection out of most common factory and custom rifle actions, and does not have some of the fussy aspects of the .300BLK or the .44 Rem Mag.

The .338 Federal is another possible chambering option for a Kaimai® rifle, but it does lack a little of the versatility of the .308win. Yes, .338cal Lehigh subsonic bullets are available – though they are a lot more expensive. There are currently not a lot of options available for factory-loaded .338 Federal ammo in NZ, and there are certainly not many (if any) commercially available .338cal varmint projectiles available. So anyone wanting to shoot small game with custom-loaded ammo would probably need to cast some special lead projectiles themselves, which adds to the time and hassles involved in producing suitable ammunition for this task.

Action platforms that the Kaimai® rifle can be built on:

Tikka T3x (or older model T3 can be supplied by customer as a donor rifle) Features:

Some other donor actions or rifles may be suitable for conversion to a Kaimai® MPR™ rifle.  If you have something you would like to use – just ask us for our recommendation or advise first.

Higher spec. Kaimai® rifles can be built on Stiller custom actions and McMillan stocks if required.

Custom loaded ammo is available from us (if requested) for all genuine Kaimai® rifles which we have produced. We will not supply custom ammo or load data for use in any rifle which we have not actually produced here, for liability reasons and circumstances or variances beyond our control. 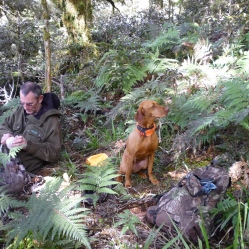 Carbine length barrelled rifles (generally regarded as 20” or less) have been around since the invention of smokeless powder in the late 1800’s made them a viable option. In recent times shorter barrelled rifles have become more popular for deer hunting in NZ, especially when fitted with a sound suppressor to mitigate some of the noise and recoil effects. These compact rifles are mainly intended for close-range bush-stalking and for taking up to medium-range shots in more open country, and most of them are nothing more than factory standard rifles that have had their barrels shortened and a suppressor fitted. Almost all of them are only used with high velocity factory ammunition, or custom loaded ammunition, and the suppressor (depending on the type fitted) may reduce the noise by anywhere from 50-80% depending on size/quality.  It must be noted however that very short-barrelled rifles firing full power (or max power) loads can be VERY hard on suppressors, so some types of lightly constructed (or cheap) aluminium-only suppressors can have a very short life span on these short-barrelled rifles.